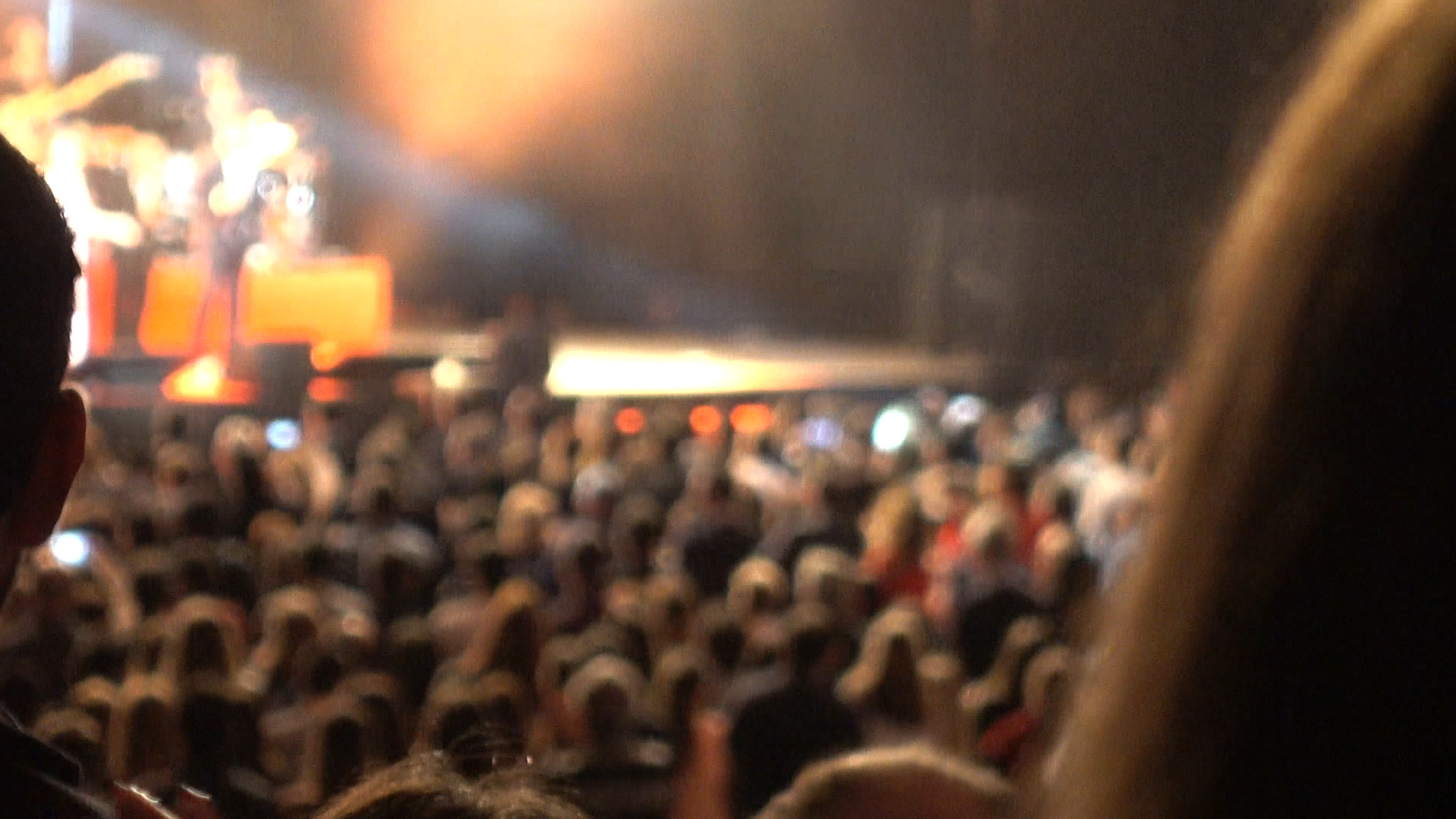 The Church of the Glades in Coral Springs, Florida is one of the country’s most successful evangelical congregations. I was vacationing in Florida and stopped by.

David Hughes, the lead minister at “The Glades,” had taken a failing church with less than 500 members and built it up within a decade to a campus for 6000 souls; this, in an area with a population that is 93% unchurched. I wanted to witness Pastor Hughes’ mojo first hand and watch the way he handled the emotions of his flock.

The first thing I noticed when I entered the church was that it wasn’t a traditional Protestant sanctuary. There were no stained-glass windows with images depicting Christ and his apostles. Rather, I now stood in an auditorium with row upon row of padded theater seats.

A band played Christian-lite music with the words projected on an overhead screen. The melodic structures were simple enough so everyone could sing along after hearing the tune only once. The band was stage left. A large, overstuffed couch was center stage.

The service began when Pastor Hughes, dressed as casually as Mr. Rogers, entered from stage right. As Pastor Hughes talked to us he sat in a relaxed pose on the couch and looked like he was glad we had stopped by for a chat.

After a few words of welcome, Pastor Hughes told us a story that I remember going something like this. Americans had been taken hostage by a group of terrorists. (If he identified the country where this event took place, I can’t recall it.) A small band of Navy Seals surprised the terrorists and a firefight ensued. The Navy Seals quickly defeated them. After the firefight ended, the captain broke open a locked door, entered the small room, and found the terrified Americans cowering together in a corner. The captain beckoned to the people and said, “Okay! You’re free. Let’s go.”

No one moved. So the captain spoke again. “No, really, you’re free. The bad guys can no longer harm you. They’re dead. Come on,” he said beckoning to the group again and smiling, “Let’s go. You’re free.” Still no one moved.

As he told us this story, Pastor Hughes became Captain Hughes and we, the listeners, became the terrified Americans.

“Captain” Hughes now moved into the center of the circle and knelt so that his eyes were aligned with ours. He whispered, “You’re safe now, you’re safe now….” Captain Hughes slowly rose to his feet as he continued to whisper these words. As he stood, Captain Hughes became Pastor Hughes again. He told us the captives stood and calmly followed the captain out of the room to a helicopter that took them home.

Pastor Hughes then knelt again, looked at us and said, “You’re safe now, you’re safe now, you’re safe now.” Pastor Hughes then started talking about Christianity and the safety provided by God. Some of the stories in this book defy reason, he said, as he held up the Bible.  He told us that he wasn’t asking us to believe anything in this book that didn’t make sense to us. He said he was simply asking us to have a conversation with him about the word of God.

I easily identified Pastor Hughes’ elegantly simple formula for creating feel-good emotions in us. (I had, after all, produced a celebrity talk show for nine years, and knew how to orchestrate feelings.) Pastor Hughes had stoked and then quelled our anxiety in the name of God.

Was his strategy manipulative? You bet. And was I moved even though I knew exactly what he was doing? Much to my surprise, I was. Pastor Hughes, I concluded, did the same thing to my emotions that I did to my own feelings when I felt anxious or sad. I manipulated my feelings in order to gain control over them. I watched a favorite, lighthearted feel-good movie I had seen a bazillion times, or I kicked back with a good book or listened to music I loved.  Or I would go shopping. Or eat something sugary even though I was not hungry. I wanted a hit, a surge of neurochemical energy that would wrestle with the unwanted feelings until they disappeared because I could no longer feel them. And I persisted until I got the Cerberus fix.

Pastor Hughes spun me around and gave me feel-good feeling highs. I enjoyed the ride and got the hit. But he did not turn me into an evangelical Christian. He didn’t, after all, first go after my beliefs. They were beyond his reach. Instead, he went after my deadened feelings—the ones Cerberus had cast into hell for protection, he grabbed hold and uplifted them, and then tried to tailor them into the patterns of his own faith.

Pastor Hughes spun me around and gave me feel-good feeling highs. But he did not turn me into an evangelical Christian. He didn’t, after all, first go after my beliefs.

That evening, as I thought about what Pastor Hughes had done and what I felt, I jotted down a few notes. This kind of analysis was just my cup of tea and I worked late into the night. I conjured up an idea for a new scholarly essay for publication. Perhaps I could call it “The Five-Step Lift: How Evangelicals Dance with God.”

Step 1. He acknowledged the presence of anxiety. This was the Cerberus move: he always pays attention to anguished souls. In Pastor Hughes’ Navy Seals story, this first step occurred when he recounted the story of Americans held hostage by a group of terrorists. The hostages fear the known, but they are also flooded with anxiety because of all the unknowns. Will they be killed or tortured? How long will their ordeal go on? The Americans didn’t know the answers to these questions. So their bodies were flooded with anxiety. We, the listeners to this story, vicariously experienced the angst. So our own anxiety was triggered.

Step 2. He heightened our anxiety. Cerberus is now the fear monster stalking and stoking terror. The firefight between the terrorists and the Navy Seals heightened the hostages’ anxiety. Who’s going to win? Who are the combatants? Other terrorists? Will the first set of terrorists kill the hostages as a retributive act? Who’s going to walk through the door? The hostages don’t know. They cannot move even after the American captain appears in the doorway because they are stymied, flooded with anxiety. We, too, can’t move because Pastor Hughes as master storyteller has turned us vicariously into the terrified hostages.

Step 3. He guaranteed salvation. Cerberus did not need to cart their fears off to hell because the external source of the internal fear was felled.  The captain announces their freedom. They have been saved. But no one moves. We are breathless, too.

Step 4. He made us feel saved, but Cerberus still has us in his grip because we were terrified. Trauma recovery requires time and a helping hand. The Americans’ Christ-like Navy Seals’ captain now becomes one with them. He enters the center of their anxiety and aligns himself with their painful feelings.  He looks them in the eyes. He whispers to them. Their savior, now eye to eye with their own angst through his freely chosen and lowly position, takes on their anxiety and they feel relief. In a word, saved. The Navy Seals Captain and Captain Hughes are now one because Pastor Hughes has lowered our own level of anxiety and thus made Cerberus go away.

Step 5. He gave us confidence.  “You’re safe now, you’re safe now…” Captain Hughes continues to say these words to us, his flock. Captain Hughes has won our confidence in him. He holds up the Bible and says he has saved us in the name of Christ.  Our feelings of assurance and confidence are now, in a word, christened. We feel loved and this feeling is explained as God’s presence in our lives.

Pleased with my analysis of how Pastor Hughes cranked up our anxiety and then lowered it using a traditional Christian doctrinal spin, I let loose a loud “aha!” And then I yelled “gotcha” as I slammed my right hand on the desk as if to kill a gnat. I was not a fan of Pastor Hughes’ form of ministry with its manipulated moves to create religious feelings in folk. These people’s feelings were being jerked around in the name of God. My core assessment was wrong, but I didn’t know it yet. 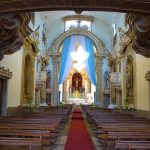 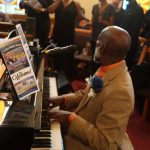