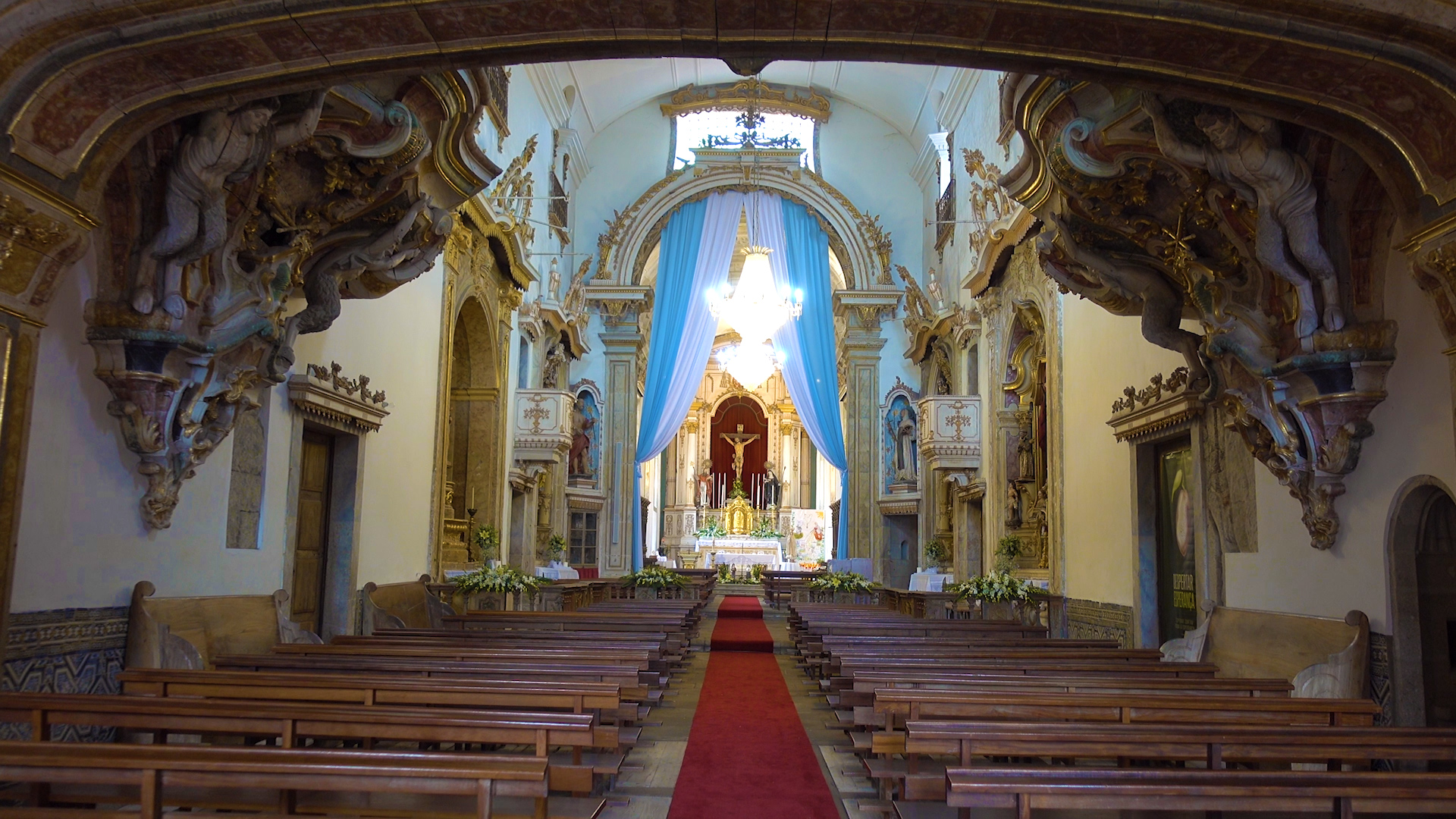 I moved to Chicago in 1998 to teach theology at Meadville Lombard Theological School, the Unitarian Universalist school affiliated with the University of Chicago’s Divinity School. My specialty was tracking how emotions become religious feelings. I used insights from the brain science of emotions (affective neuroscience) for this purpose. And I created  a new field in religious studies called Contemporary Affect Theology, which investigates how emotions become religious feelings.  My work won me international attention and I delivered lectures of religious emotions in America and abroad. Surely, I had left Cerberus behind, I reasoned, because I taught my students and others how to study human emotions as a theological academic discipline.

In 2000, I was ordained as a Unitarian Universalist minister who taught and wrote academic books, rather than preached and pastored to aching souls. I had no interest in becoming the pastor of a church. Moreover, I was not a theist. My Ph.D. in theology served in lieu of seminary training in this liberal faith tradition. So now I could work as a theologian and minister within a faith tradition in which most of its members weren’t religious but defined themselves as secular humanists. Many of these folk called their communities “societies,” rather than churches or congregations. I liked the high regard given to reason in this liberal faith tradition.

The fact that most Unitarian Universalist Sunday services were bone-chilling cold did not bother me because I never attended them except as a guest speaker. The sanctuaries most of these academically trained ministers served became “corpse-cold,” as Ralph Waldo Emerson noted almost two centuries ago, because the warmth was gone from their ministers’ words, and the feelings that spark thoughts and kindle ideas were vacated. The heart of liberal faith froze in these sanctuaries, and reason rose like a phoenix, but without its ashes afire, it couldn’t soar.

The fact that most Unitarian Universalist Sunday services were bone-chilling cold did not bother me because I never attended them except as a guest speaker.

What did bother me, however, was a letter I received from one of my former students, who proudly included a sermon she had delivered during one of her Sunday services. In this sermon, she explained to her flock in exacting neuroscientific terms the importance of religious feelings. She had learned to do this kind of dense analytical work about the brain science of emotions in my theology classes. The reasoning in her sermon was perfect but the message was mindbogglingly cold. I had taught her how to talk about human emotions rather than care about them.

Was my protocol for tracking emotions similar to what Dad had done to me when I, as a college kid, told him that for most of my life I was lonely and without friends because we moved every three or four years? Dad lectured me about existentialism, which was linked to the brain science of emotions of his day, namely, Freudian psychoanalytic theories about anxiety that got blended with Christian philosophic ideas about anguish by Dad’s seminary teachers.

I had taught [my student] how to talk about human emotions rather than care about them.

Had I done the same thing to my student? Had I trained her to cut out feelings until the heart went numb? No anesthesia was used to blunt the pain caused by ignoring brokenhearted feelings. Were my faculty colleagues doing the same thing to their students? Were we manufacturing ministers who created corpse cold Sunday services?

The letter from my student, who was so very proud of her mastery of brain science research made me think of Cerberus. Was I continuing the Cerberus tradition of blindsiding emotions and damning them to hell? Was Cerberus a religious icon in liberal churches? Was he the liturgical practice of damning feelings to hell so that reason could reign without compassion? I ignored the obvious answer to these questions until its truthfulness showed up as a joke.

The setup for the joke was simple. I went to Boston for a national meeting of Unitarian Universalist clergy and seminarians. While there, a friend and I decided to attend the Sunday service led by a newly credentialed minister who wanted to combine her liberal, social justice work with traditional, Christian mission work.

The small sanctuary was packed to overflowing with the truly dispossessed and downtrodden in this drug ridden, desperately poor, black and brown Roxbury community. But the evangelical spirit of the minister’s traditional black Protestant background was present in full force. Toward the middle of the service, there was an altar call.

The congregants lined up, music played, and everyone sang. Each person in line had a chance to whisper something into the minister’s ear. Each person then received a personal blessing and now, aglow, rejoined the larger congregation.

As my friend and I left the church after the two-hour service, we talked about the altar call we had just witnessed.

“What do you think would happen if we initiated such a ritual in our mainline congregations?” I asked my friend. He replied, “Here’s what would happen in my congregation. Everyone would line up. Each person would whisper into my ear: ‘After the service, I want to talk with you about your sermon.’”

My colleague had just exposed the principal weakness of mainline churches and their ministries: we don’t “do” emotions. Cerberus carts away the emotions of the frozen chosen.

My colleague had just exposed the principal weakness of mainline churches and their ministries: we don’t “do” emotions.

I felt uncomfortable not because the emotional impairment problem of liberal faith had just been uncovered, but because I felt emotionally exposed. My own capacity for emotional engagement had been vacated long ago and now was exposed like the empty tomb of Jesus but without the white-robed angel.

When the Sabbath was over, Mary Magdalene, Mary the mother of James, and Salome bought spices so that they might go to anoint Jesus’ body. Very early on the first day of the week, just after sunrise, they were on their way to the tomb and they asked each other, “Who will roll the stone away from the entrance of the tomb?” But when they looked up, they saw that the stone, which was very large, had been rolled away. As they entered the tomb, they saw a young man dressed in a white robe sitting on the right side, and they were alarmed. “Don’t be alarmed,” he said. “You are looking for Jesus the Nazarene, who was crucified. He has risen! He is not here. See the place where they laid him. But go, tell his disciples and Peter, ‘He is going ahead of you into Galilee. There you will see him, just as he told you.'” Trembling and bewildered, the women went out and fled from the tomb. They said nothing to anyone, because they were afraid.

Cerberus, seated on the left side of that empty tomb, slowly turned his head toward me and smiled.  Trembling, bewildered, and afraid, I fled.  I quickly changed the subject and talked to my friend about important things learned from books, journals, newspapers, and everywhere else except my heart, which went dark lest I peer into those unblinking yellow eyes again.

I decided, however, to visit an evangelical church service to figure out how emotions were handled in those kinds of religious services. Was Cerberus at work in those churches, too?  If so, did he swagger, prance, primp, dance, shout or was he the drag on emotions that carted them off to hell? Cerberus grabbed hold of my decision and wouldn’t let go until I visited an evangelical church. I changed his grip into a familiar push by turning my resolve into an academic exercise, a research project undertaken as fieldwork for a scholarly essay I would write on how and why emotions go to church. Cerberus took me to church. 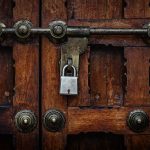 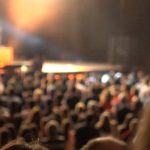