Thandeka is the creator of the Love Beyond Belief™ initiative for moderate, liberal, and progressive congregations and the founder of Contemporary Affect Theology, which is designed to explain emotional development in religious settings and terms. Polebridge Press published her new book, Love Beyond Belief: Finding the Access Point to Spiritual Awareness, in 2018.

Thandeka, Affect Theologian and President of Love Beyond Belief, Inc., is author of The Embodied Self: Friedrich Schleiermacher's Solution to Kant's Problem of the Empirical Self (1995), Learning to be White: Money, Race and God in America (1999, German edition 2009), and Love Beyond Belief: Finding the Access Point to Spiritual Awareness (2018). Her essays include work in The Oxford University Handbook on Feminist Theology and Globalization (2011), and The Cambridge Companion to Schleiermacher (2005).

Her books and essays have helped secure her place as a "major figure in American liberal theology," as Gary Dorrien notes in The Making of American Liberal Theology: Crisis, Irony, and Postmodernity, 1950-2005  (John Knox Press, 2006).

Jaak Panksepp, the founder of affective neuroscience, commends Thandeka's "decisive historical-philosophical analysis" as work that can provide "a universal substrate for nondenominational religious experience" (The Archeology of the Mind, 391).

Thandeka received her Ph.D. in philosophy of religion and theology from Claremont Graduate University. She was given the Xhosa name Thandeka, which means "beloved," by Archbishop Desmond Tutu in 1984. She is an ordained Unitarian Universalist minister and congregation consultant, and formerly an Emmy award-winning television producer.

Thandeka's work as “incisive historical-philosophical analysis [that] can provide a universal substrate for nondenominational religious experiences.”

Dr. Jay McDaniel 'On Music and Being Alive: In appreciation of Thandeka's Affect Theology'

"Thandeka is a bridge-builder. She is building bridges (1) between religion and neuroscience, (2) between contemporary theology and the great nineteenth century theologian, Friedrich Schleiermacher, (3) between mind and body, reason and feeling, (4) between people who are religiously affiliated and those who are, by their own definition, spiritual but not religious, and ... (5) between religion and music. And that's just the beginning. Her particular focus is on the religious lives of those who espouse one or another form of liberal Abrahamic- influenced theology. Her specific audience ... is Unitarian Universalist seminarians. She wants them to claim the emotional sides of their religious lives..."

"Just finished an incredible week with Rev. Dr. Thandeka who came to All Souls in Tulsa as a consultant. Her work with me, our staff and lay leaders was the most powerful and positively transformational consultation I have ever experienced. I have never before felt so equipped to lead dynamic worship with theological depth. The congregation on Sunday responded very positively to the outcome. Moreover, her work with us has shown us how to bring the same level of depth and impact into all aspects of church life from small groups and classes to meetings and individual interactions. If it were up to me, I would have her spend eight days with every UU congregation in the country. It would not take long for Unitarian Universalism to grow into the movement it has long promised to be. Even as the minister of one of our largest churches for 17 years, I feel I have just learned some of the fundamentals that can make our congregation come alive and support people in their personal and spiritual journeys and in how to love beyond belief." 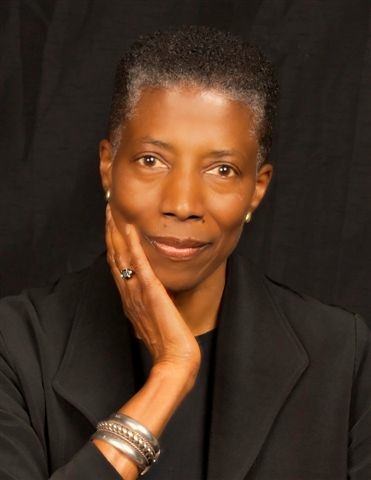