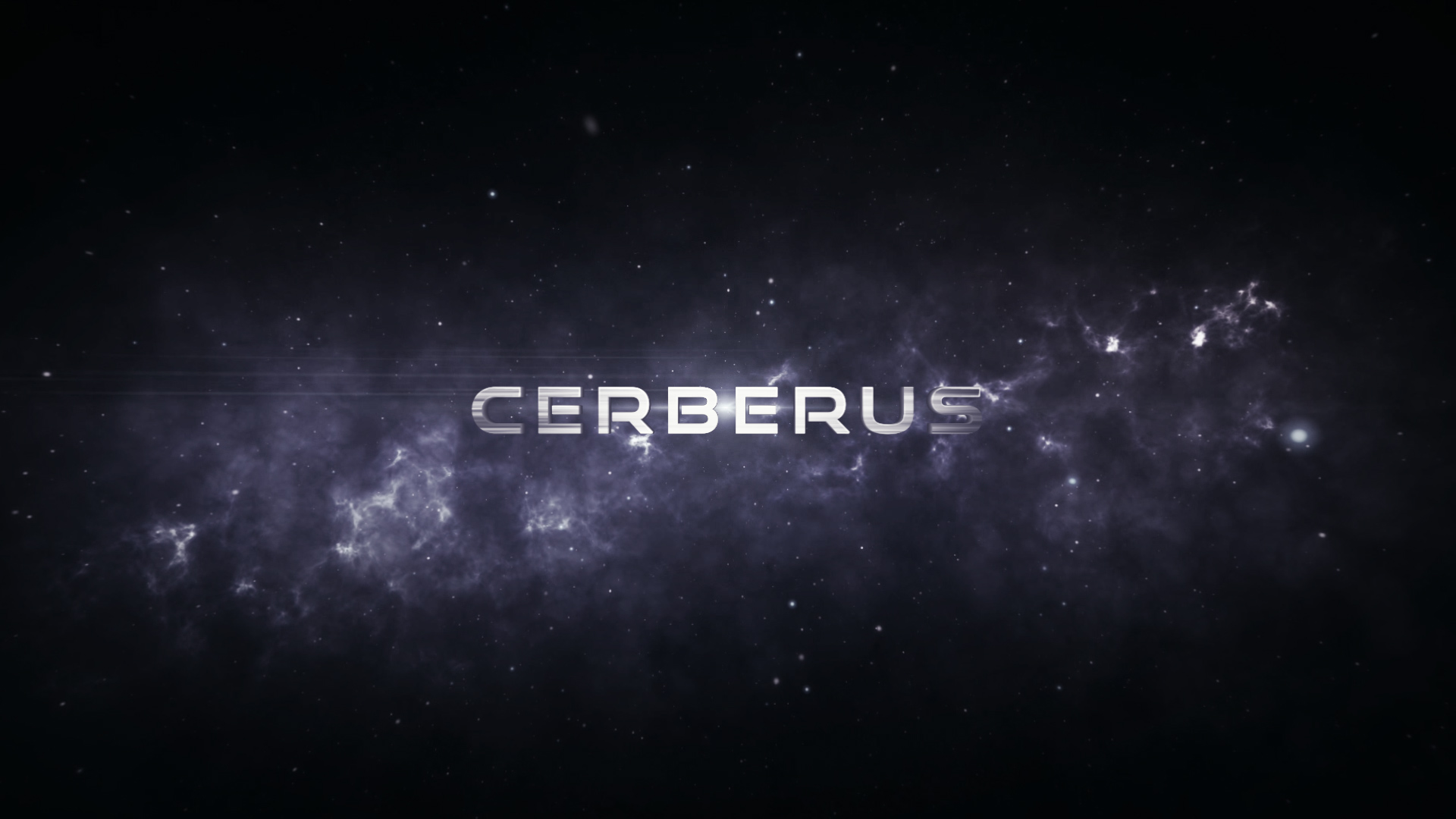 When I opened my eyes in the morning, I saw a prematurely balding, pale man seated in a straight-backed chair at the foot of my bed. The room was silent as a morgue. The walls were grey as wintry haze blocking out the sun. Like one of T. S. Eliot’s Hollow Men, the seated man had shape without form, shade without color, paralyzed force and gesture without motion. He wore a neatly pressed short-sleeve shirt, polyester pants, and loafers. His legs were crossed at the ankles touching without ruffling his Argyle socks.

“We should talk,” he said blankly, as our eyes met.

The next day at the University of Illinois’ Student Counseling Center as our one and only session began, he said, “I do not understand why you tried to commit suicide.” He then opened a manila file folder on his desk, rifled through its contents as he inventoried my university life:  “Your grades are terrific; you have been accepted into Columbia University’s Graduate School of Journalism program; and in a class of 5000, you are graduating as one of our top 100 most active students.” He looked up at me again, baffled.

I shrugged my shoulders. Does he always wear Argyle socks, I wondered. Nothing more was said.

The man was a pod person. But then, so was I.

Pod people are persons whose feelings have been gutted like the victims in The Body Snatchers, a science fiction novel published in the 1950s and then turned into movies and television series. The plotline of the novel is simple: an alien plant form invades planet Earth and takes over people’s bodies at night while they sleep, removing their capacity for social feelings of gentle affections and loving kinship towards self and others.

The novel was written to tally the cost of success for people who achieved the American dream of a house, a car, and a middle-class job in the 1950s. The smiles of the pod people were polite but empty and their eyes no longer sparkled. They were the Mad Men, the Leave It to Beaver landers whose Moms vacuumed and cleaned their homes wearing pearls and heels like June Cleaver and their Dads returned from work like June’s husband Ward with nary a care in the world. The emotions of these Pleasantville folk had been slaughtered. The remains were gathered up and stowed away for protection in hell.

The Hollow Man didn’t know anything about my stowed-away emotions.

But then, neither did I, because I was not born; I was rescued.

For three days I pushed toward life by doing what babies are supposed to do: I induced labor. And for three days my mother did what mothers are not supposed to do: she refused to help me out. Instead, she ignored her labor pangs by reading books, concentrating ever more intently on any story but birthing me. To rescue me from death in utero, my mother’s doctor finally drugged her, cut her open, and freed me from that birthing tomb on March 25, 1946.

Little changed after my surgical rescue. Mom continued to ignore me. She produced no milk for me.  Moreover, whenever I cried for food, she left the room. Nothing must disturb her love of books.

So I stopped feeling. I stopped crying. I stopped expressing what I felt.  I never smiled, so I was later told. Friends of my parents would visit; they would coo and make faces and do all those silly but important things adults do to get, sustain, and affirm a baby’s attention, but I would not respond.  I simply stared at them, expressionless.

Starting at age five, whenever I frowned Mom would take me into the kitchen, find a small, brown paper bag, partially inflate it, and then put the mouth of the bag to my lips.  She would say, “Blow into the bag,” and I would do so.  She would then raise the bag over her head with one hand and, with the other, burst it.  Mom would then say, “Grouch gone!”  The loud noise plus my mother’s magical words would make me laugh.  She was a magician, I concluded, because she could make frowns disappear. She used the “grouch bag” whenever I frowned. Soon, I always smiled.

Every impulse, every spark of life, every heartbeat that pumped out a negative note was blown away by Mom or erased away by her like chalk marks on a classroom blackboard at the end of the school day. Growing up, my only job was to figure out how she wanted me to appear and then to show up that way as her smiling, well-behaved child.

Dad, just like Mom, loved books. Mom read fiction. He read philosophical texts about God and man. Dad was an intellectual, a seminary-trained Baptist minister caught up in the throes of the great existential crises of his era: the feelings of angst, ennui, anxiety, despair, futility, meaninglessness, the pain and suffering that made theologians talk about the death of God and the loss of a transcendent meaning or purpose. Talk about these kinds of hopeless feelings in personal terms, however, did not merit his attention. So my feelings didn’t merit his attention.

Mom and Dad together taught me that the content of my character worthy of (their) attention was not what I felt but rather what they thought.

Quietly, unobtrusively, and obediently, I became the very model of rational compliance, first as a child, then as a teen, and finally as a college kid.

Since my own feelings did not guide my behavior, I was driven by the expectations of my parents. But not completely. Try as I did to be completely compliant, something within me kept on wanting to push out as my own spontaneous expression of life.

These flickers of my own inner life were pushy, putting me at risk of expressing what I felt and violating the rational rule created in my parents’ household.

These unwilled and uninvited impulses grew weaker and weaker until they became a bare tremor of my inner life. My awareness of each impulse was like a feeling of sorrow or grief or panic or fear or some other spontaneous emotion that welled up in me. These flickers of my own inner life were pushy, putting me at risk of expressing what I felt and violating the rational rule created in my parents’ household. Reason wasn’t just one way of defining who I was in my family life. It was the only way.

My only choice, I concluded, was to kill this nameless, lively thing inside me that interfered with my logical ideas and disrupted my well-reasoned thoughts.

So four months before I graduated from the University of Illinois in 1967, I swallowed 40 sleeping pills, went to bed in my dorm room, and waited for that physical, pushy, emotional feeling of my own life to completely die. But much to my surprise, when the moment of death finally arrived and I could no longer breathe, I bolted out of bed gasping for breath, demanding to live.  I struggled until finally I cleared my lungs of the vomit I had aspirated.

I inhaled a deep, long, intimate breath of life. I exhaled and then inhaled again. Exhaled . . .  Inhaled.

The only movement in my dorm room was the breath of life sweeping over me and into the deep of my lungs. I felt life without end, joy without remorse, and an unbounded love that resounded through me like the heartbeat of God.

All of life moved me … and I felt at home in my life, at one with the universe, and free. I no longer wanted to die.

All of life moved me as part of itself and I felt at home in my life, at one with the universe, and free. I no longer wanted to die. I felt loved beyond belief.

Afraid that I would aspirate again, I ran to the Student Health Center, my stomach was pumped, and the doctor sent me to a recovery room where I spent the night.

When I opened my eyes in the morning, there sat the Hollow Man like an unmoved mover who couldn’t move anything.

But now I had protection.

Cerberus sat on my bed staring at him and growled like a beast protecting the remains of the kill. 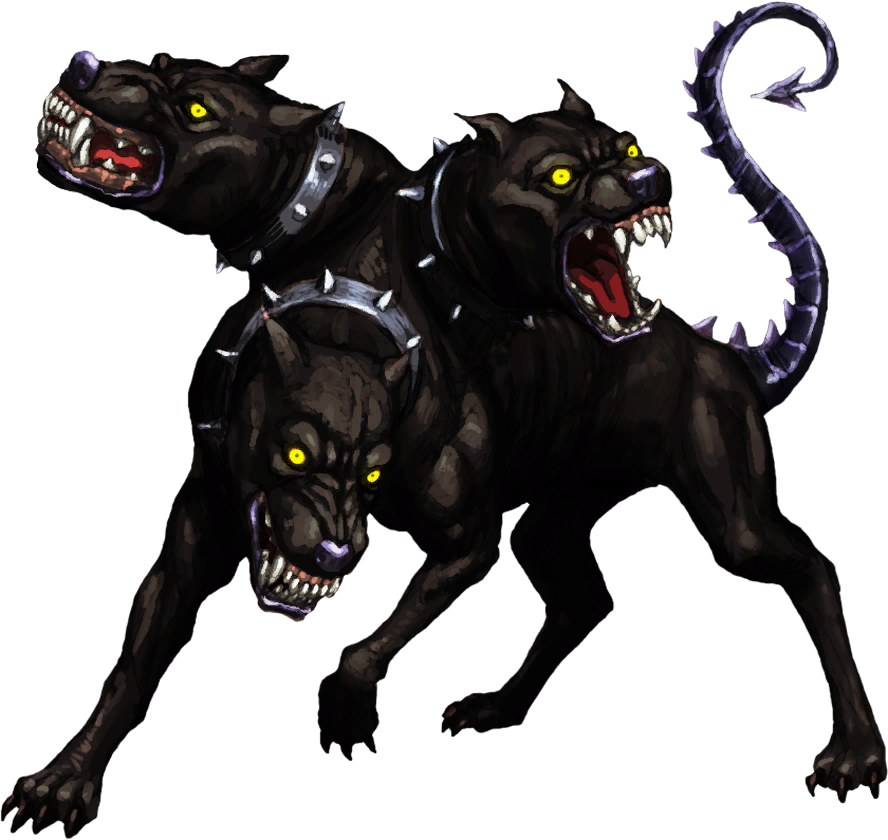 Cerberus is the “hound of Hades,” the multi-headed dog in Greek mythology that guards the gates of the Underworld and prevents the shades of deadened feelings, like compassion, caring, and empathy, from taking permanent leave, lest they get slaughtered again. These shadowed, injured feelings are enticed into the light by music, incense, rhythmic breathing in song, chant or prayer. They surface when knees are bent, heads are bowed, or bodies are standing with hands raised in the air and sway back and forward as the people shout, “Sweet Jesus.” Then the compassion, empathy, and caring return for safe keeping to the beast of slaughtered feelings: Cerberus.

None of my shattered feelings would get past him again.

Cerberus protects hurt feelings. He’s not evil. He’s mad. He’s not the devil. He’s terror. He does horrible things to protect what’s already been demolished: love.  Cerberus destroys my capacity to feel what got me into trouble in the first place: empathy, compassion, and caring.

My suicide attempt was a Cerberus move. He clawed the pills down my throat to stop the pain of exposed feelings. Injured feelings and ravaged emotions are hidden in Hades and guarded by Cerberus lest they, awakened to life by music, poetry, laughter and praise, escape Hades only to get injured again.

My suicide attempt was a Cerberus move. He clawed the pills down my throat to stop the pain of exposed feelings.

Cerberus is not a compassionate guardian. He doesn’t have a compassionate impulse in him. His only task is to protect deadened emotions, squashed feelings, stymied sentiments. He lacks all compassion because his job is not to feel it, but to keep it from being felt.

The Hollow Man seated at the foot of my bed wasn’t still because he was empty; he didn’t move because he was terrified. Unable to fight or take flight, he froze. What else could he do as he gazed, helpless, just before Cerberus took him down?

I sat up in bed and watched the slaughter.

Terror became my self-protection that morning. Hell wasn’t where my bad feelings lived but where the good ones hid. They were safe now because Cerberus was at the gate. No one would harm them ever again, because no one could reach them. Not even me.

Chapter 2: The High Priest of Anxiety > 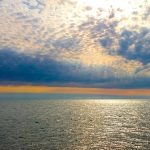 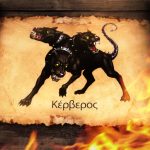