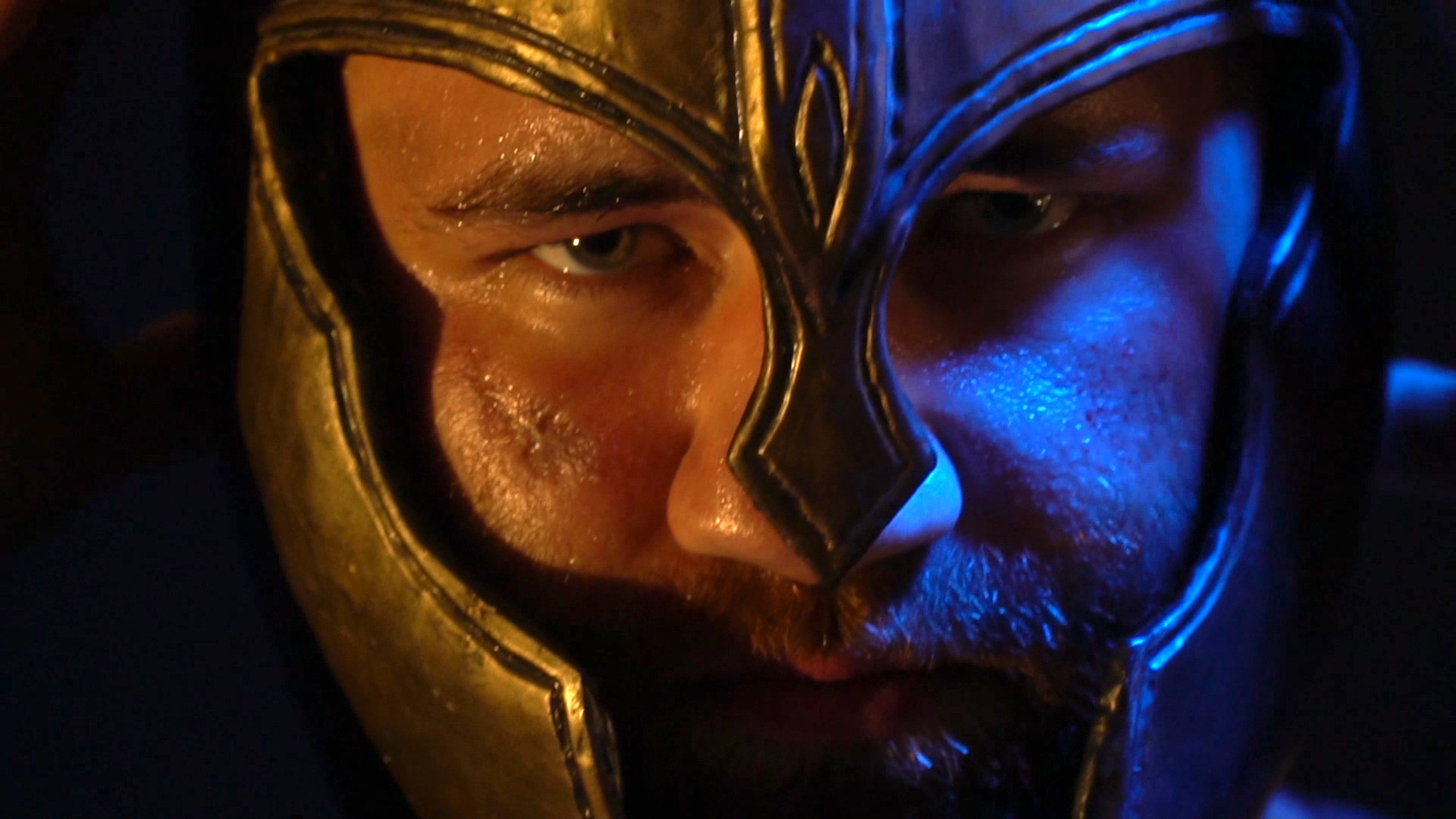 No comments yet
November 1, 2019
Blog, Cerberus

The role and function of my ego kept changing like a single story with many endings. The changes were easily explained because my ego changed as it matured.  This explanation clarified my thinking but gave me scant comfort.

My ego began as the rule maker. First and foremost, it was always a neuro-psychological fact of my life. It was created by the combined repetitive patterning principles of nature (my brain) and nurture (my parents).  My ego, for example, functioned as the brain’s rule that as an infant I must not cry when hungry if I wanted to be fed.

The role and function of my ego kept changing like a single story with many endings.

The ego became my guardian when it actually stopped me from breaking its rules. It stopped me from crying, for example, if I wanted food. The ego was now my protector, ensuring that I followed the social and cultural rules required for my survival even if the rigid nature of these rules might eventually drive me mad (e.g., my suicide attempt).

Finally, my ego became my prosecutor. It monitored my emotions like a district attorney discerning and assessing inner motives, intentions, and desires. If my emotions broke the rules—like wanting to be tearful when hungry—those forbidden desires were condemned and sent to hell. My ego was now the unempathetic, tyrannical enforcer of the rules it had created. It didn’t guard me; it punished me.

These three stages of my ego-formation have biblical counterparts: God, Christ, and the Satan. I found comfort in these biblical comparisons because they affirmed what I could not yet explain: Cerberus had something to do with my conscience.

The ego as rule maker functions like the biblical Commander in Chief of all the heavenly hosts: God. God lays down rules as commandments. Anyone who violates God’s laws by worshipping other gods, by failing to honor one’s mother or father, or by succumbing to licentious passions, “will drink of the wine of the wrath of God, which is mixed in full strength in the cup of His anger; and he will be tormented with fire and brimstone in the presence of the holy angels and in the presence of the Lamb. And the smoke of their torment goes up forever and ever; and they have no rest day and night” (Revelation 14: 10 – 11a). My ego felt like the commanding presence of God’s laws on earth and also like God’s wrath against me when I broke those laws.

The ego as guardian in this New Testament scenario is the Great Comforter, namely, Christ. Christ was sent by God to attend to the suffering of gentile sinners because they did not know or follow God’s laws. According to Paul, the first-century Apostle to the Gentiles, Christ’s mission was to stop the emotional suffering of gentiles. Their suffering was wrought in them by the damning judgments of their conscience against them (1Corinthians 8:12).  So even if the judgments of a person’s conscience were wrong, Paul argued, one must not trouble that person’s conscience and thereby cause suffering (I Cor. 8:7, 1Cor. 8:12).

Finally, my ego was the Prosecutor, the Grand Inquisitor, the Adversary and thus God’s District Attorney. In Hebrew Scriptures God’s district attorney is called “the Satan” (Zachariah 3: 1, Psalms 109:6, and Job 1:6). The Satan is described as a heavenly host, namely, one of the sons of God (Job 1:6).  As one of God’s commissioned officers, the Satan, like a district attorney today, interrogates persons to discern criminal intent to break the law. The Satan thus tested Job’s inner resolve to make certain that even if he lost everyone and everything he cherished, he would still follow God’s laws and love God.

Paul’s New Testament explanations of the role of the conscience as a pagan inner interrogator and prosecutor caught my attention and made me think of my pagan interrogator: Cerberus. The gentile’s conscience was a pagan construction, Paul insisted. As he argues in Romans 2:15 – 16, it is not the conscience but God, through Jesus Christ, who will judge the secrets of the human heart. By itself, Paul insisted, the conscience is unreliable. Its judgments have been customized and habituated by culturally constructed pagan beliefs (I Cor. 8:7). The conscience was a pagan narrative about the wrath of the gods against persons who broke the laws of the gods (Thandeka, Love Beyond Belief).

Paul knew, in sum, that the gentile conscience was the byproduct of a kind of man-on-the-street pagan theology, namely, a cultural product of the Graeco-Roman world. The Roman Empire triggered pain and suffering in its citizens and its wards. It crucified criminals, rebels, and anyone who might rile a crowd against the empire. Even a man simply riding a donkey into Jerusalem and thus ridiculing the empire’s pageantry was crucified.

The Romans used terror as an instrument of first resort. The public spectacle of crucifixion—or more broadly the “punishment of suspension”—was a terror campaign (Gunnar Samuelsson, Crucifixion in Antiquity). Suspensions were designed to effect the maximum possible humiliation of a perceived enemy of the Empire. The ordeal entailed

The agony caused by such torture, unimaginable to anyone other than the victim, put the person, as Elaine Scarry notes in her book The Body in Pain, “entirely outside the boundaries of an external, shareable world.” Facing torture for the slightest disobedience to Rome, fear and trembling was triggered in Gentiles who broke their oaths to Rome’s gods. This emotional turmoil in Gentiles, so it was believed, foreshadowed the divine punishment that would take place in the afterlife for violating an oath to the gods (C. A. Pierce, Conscience in the New Testament).

Thus my takeaway from these biblical insights by Paul about the gentile conscience and its social contexts: my ego—when it acted like my guardian and adversary—was my conscience. And since my guardian and adversary was Cerberus, Cerberus was my beastly conscience. This conclusion was logical, but was it actually true? The source of my suffering could be the bad laws by my parents and their wrongheaded values. But Cerberus, so it now seemed to me, might have carried on their tradition in me as my chastising conscience making me feel bad and wrong because I could not wholeheartedly accept their rules.

My ego—when it acted like my guardian and adversary—was my conscience.

Cerberus made me feel that nothing I did was ever quite right. As I child, I closed my eyes for a few seconds once every hour or so during the day to ask God to forgive me for the sins I had just committed. I wasn’t sure what I had just done that was so bad and wrong, but I knew I must have done something wrong because I was a bad child. I was always monitored and corrected not only by my mother, I now realized, but also by Cerberus. Cerberus was my internal law maker, guardian, and prosecutor who ensured the status quo by governing my internal emotional life so I dare not break its laws.

I knew that Cerberus—the Latinized name of this mythical Greek hound Κερβερος (Kerberos)—wasn’t the Satan referred to in Hebrew Scriptures. Nor was he the pagan conscience that Paul tried but failed to reprogram to create Jewish spiritual joy inside his gentile followers (Rom. 2:28-29) instead of fear and trembling from their misbegotten pagan conscience.

There was, however, a striking similarity in what they did. Both made people suffer for breaking insufferable laws. I was punished by Cerberus and my conscience for rebelling against a punishing regime.

Cerberus, I concluded, was indeed the beast of my conscience. My conscience made me feel bad for breaking the rules of my parents. So, too, did Cerberus.  First, he roared his terrible roar and gnashed his terrible teeth to keep my feelings out of harm’s way by scaring away their human predators. If the scare tactics didn’t work, Cerberus went into his killer mode and tore people apart. He made pre-emptive strikes; he had scorched-earth policies of biblical proportions and he took no prisoners; he would have destroyed the land, the crops, the animals and the people as punishment if they troubled me. He slashed and splayed the emotions that threatened me.

Cerberus, I concluded, was indeed the beast of my conscience.

Moreover, if I dared to try to tame or change him, he attacked me relentlessly as a threat to my own well-being. He acted like my conscience that grows more brutal and callous against me when I ignore its prohibitions and “sin.” Cerberus was my punitive conscience. Or as Paul put it, the person who violated his own conscience could become hopelessly ensnared and stumble (1 Cor. 8:13). I became the prey of my own conscience. I was Cerberus’ prey.

How could I escape his claws and live my life from a place of compassion? How could I move beyond my own ego with its rules, laws, and harsh judgments? How could I get there and stay there as an ongoing spiritual practice in my life? I didn’t know, so I decided to improvise.

First, I would draw on technique from my former life as a filmmaker on a production shoot.  Then I would “rack focus” like a camera lens turned as the camera shoots a scene. This film strategy meant that after recalling a narrated scene from my memory, I would zoom my mind’s eye out to a wide shot of my life. I would shift my perspective so that I could see everything in my recollected memory that Cerberus had ignored. 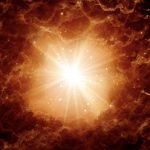 Cerberus | Chapter 11: Chew On This 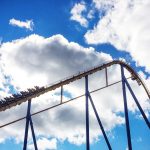