This new blog series responds to James Baldwin’s challenge:  “What white people have to do is try to find out in their own hearts why it is necessary to have a nigger in the first place…. And the future of the country depends on that.”[1]

After a great deal of research, I have come to the conclusion that niggers were invented in America as a scam to tank the political hopes and economic dreams of most whites. Most whites are niggers too. They’re the white ones.

The movement toward “white supremacy” increases as the actual feeling of white adequacy decreases.

This new series, launched on the national holiday celebrating the birthday of Martin Luther King Jr., affirms Dr. King’s call to “move beyond one’s tribe, race, class and nation [to create] an all-embracing and unconditional love for all.” This kind of love, he proclaimed, unlocks the door [that] leads to ultimate reality” because it re-orders our heads and our hearts.”[2]

Dr. King died leaving the question: Where do we go from here: Chaos or Community?

Through a new spiritual practice called Love Beyond Belief™ I offer pathways to create community together.

The term nigger, derived from the Latin niger, ‘black,’ has always been used by white racists to demean black Americans. It’s a racial expletive so onerous that the only proper way for a white person to use the term today without insulting African Americans and sounding like a white racist is to sheepishly refer to “the n-word.”

Niggers are persons demeaned and punished for the crime of existing. They are persons like the biblical Job who despaired after losing everything. He cursed the day he was born (Job 2:13-3:1). Niggers are guilty of the “crime” of being born. Job’s so-called friends showered contempt on him for his misfortune (Job 12:5) and counted his humiliation as evidence that he had sinned.

Black lives have never mattered in America. Today, more and more whites are discovering that their lives don’t matter either. Add to this insight the plethora of social problems they now face and watch their niggerized white lives become the last straw, the almost-weightless thing that breaks their backs, crushes their spirits, and kills them.

Black lives never mattered in America. Today, more and more whites are discovering that their lives don’t matter either.

The speakers who use the term are saying “We are niggers, too.” The hearer’s first task is to discern whether the speakers know they are defining, naming, and identifying themselves with their own gut-wrenching pain caused by others for their crime of existing. If you discern that the speakers are not self-aware but believe they are damning others, duck.

The psychological defense against white nigger-treatment has been the feeling of white privilege. But this emotional shield is breaking down and, as a consequence, more whites are feeling the blows their feelings of white privilege blunted. Their responses to the pain vary. Some whites rampage. Some drug themselves. And some kill themselves.

White racial labor privileges are being scuttled. As Princeton University economist Anne Case told The Washington Post in 2016, the rising rate of white suicides is not caused by America’s elites, but by downtrodden and rural whites: “They may be privileged by the color of their skin, but that is the only way in their lives they’ve ever been privileged.”

The dark truths of white lives are too frightful to stare down without blinking. 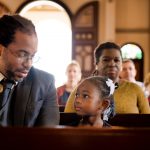 Why Love Beyond Belief Today? 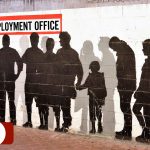